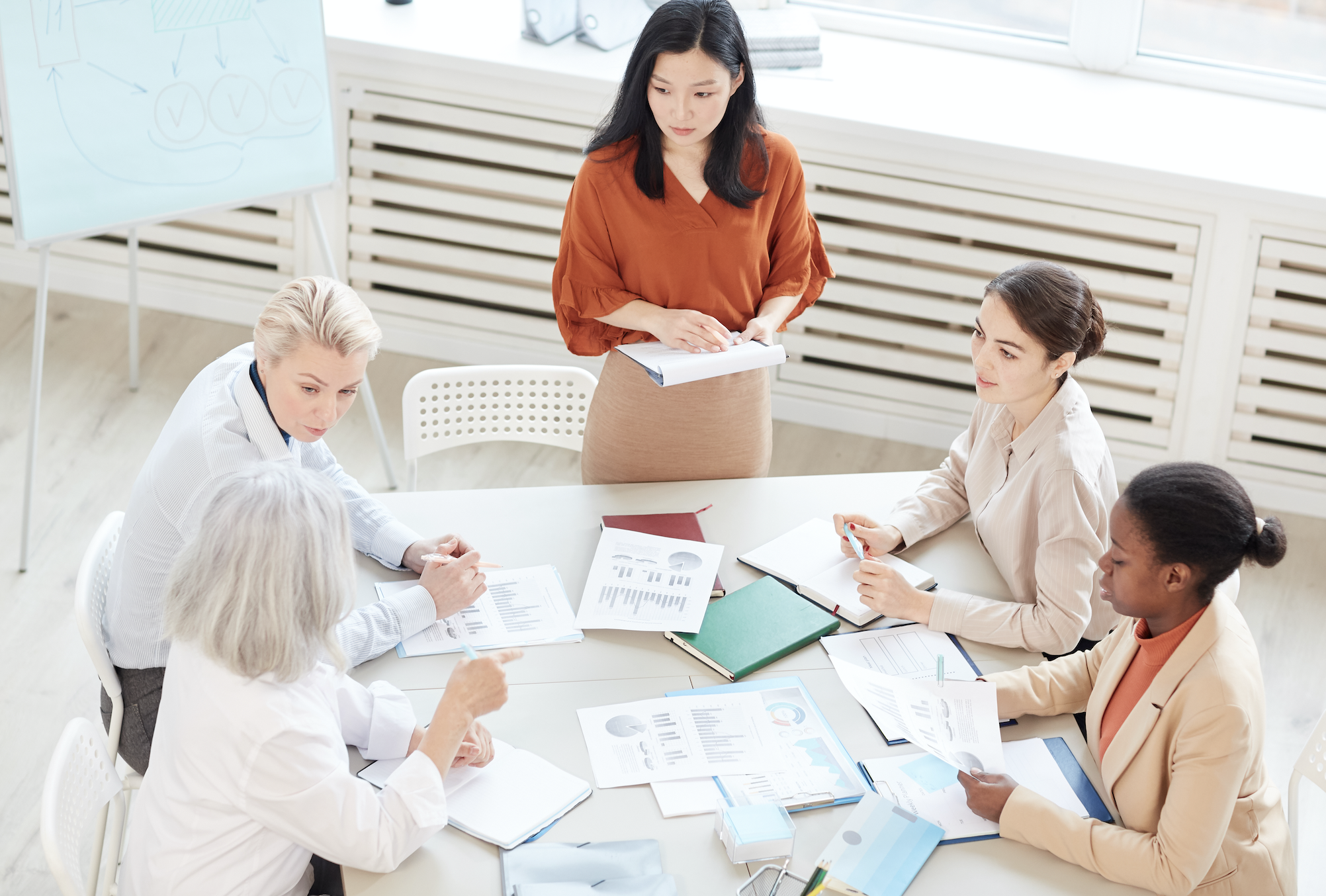 It’s well-known that increasing your diversity and inclusion (D&I) can have a widespread positive impact on your organization. Improving D&I can increase employee engagement and loyalty (in turn, reducing employee turnover), productivity, innovation, and competitiveness. In this article, our CEO and Co-founder Helge Bjorland discusses how AI helps companies achieve better diversity and inclusion.

Receive insights and news from Globus
*By leaving your information you agree to receive updates about our products, services, events and company updates. You can unsubscribe anytime. Please see our Privacy Notice to find out how we process your data.

Globally, about two out of ten board members and executives are now women. Although this is a positive development, we are still far from parity. It is well-known that increasing diversity and inclusion (D&I) can have a widespread positive impact on organizations. Improving D&I increases employee engagement and loyalty (in turn, reducing employee turnover), productivity, innovation, and competitiveness. Companies are trying to change, and many invest millions of dollars on diversity initiatives each year. One of the biggest challenges seems to be figuring out how to overcome unconscious biases.

There is also a trend towards a more flexible, on-demand workforce in recent years which has resulted in massive growth of the staffing industry. With the rise of the contingent workforce, there are now more agencies than ever placing roughly one third of workers in organizations — and the numbers are only expected to increase. Staffing agencies therefore have a very important role to play when it comes to supporting companies to reach their D&I goals.

The leading priority for staffing firms worldwide is improving client relationship and improving the candidate experience. Focusing on D&I will help in both areas and could even become a competitive advantage. If staffing agencies contribute to more inclusive cultures, they can ensure that their customers become three times higher-performing compared to less inclusive companies, six times more innovative, and eight times more likely to achieve better business outcomes. It is also important for candidates as two thirds say that an employer’s diversity is an important influence on their decision to accept a job offer.

Many staffing agencies are still struggling to realise the potential within D&I. Innovative technology have entered the market and allow for new possibilities to improve.

How to improve diversity and inclusion

There are many tactics that managers in staffing agencies use to increase diversity. With advances in artificial intelligence (AI), these efforts are, in many ways, easier and more effective.Taking a more data-driven approach can remove many unconscious biases that have traditionally hindered inclusive staffing.

One tactic being used to reduce unconscious bias is automated candidate screening that replaces manual shortlisting (and therefore any biases from human screeners). A system consistently applies the same shortlisting criteria across all candidates, and this reduces the likelihood of a candidate being discriminated against. Automated candidate screening also removes the most time-consuming activity from staff coordinators’ to-do lists, allowing them to focus on more valuable tasks like relationship-building.

Blind selection – with the best match

Another method to reduce unconscious bias is to undertake ‘blind selection’ by removing names and other characteristics(age, gender, location) from candidate profiles. The staffing manager will view a candidate profile more objectively with only a candidate’s relevant information displayed. AI can assist in quickly providing the best matching of anonymised profiles by focusing on criteria such as skills, prior experience, preferences, availability etc. Staffing agencies that use AI systems to match candidates to vacant roles naturally increase diversity as no extraneous stuff influences the hiring process.

Two in the pool

The two in the pool effect is a further way to overcome unconscious biases. Studies have shown that if there is only one woman in a candidate pool there is almost no chance she will be hired. The same holds true for minority groups. However, having two females in the pool of candidates increase the odds of a woman being hired 79 times. For minorities the odds of being hired were 193 times greater if there were at least two minority candidates in the pool. AI systems can be programmed to consider this as they make their candidate shortlist selections.

When using AI to increase D&I, leaders need to ensure that the AI itself isn’t biased. AI can complement a human recruiter’s efforts, but it shouldn’t be left to solely make placement decisions without human oversight. As Aleksandra Mojsilovic, research fellow in A.I.at IBM explains, “Any A.I. tool can only be as good—and as impartial—as the data we put in. It’s not about replacing human intelligence, but rather about complementing it.”

These are just some of the benefits that AI brings to D&I efforts. As it becomes more advanced, further applications will be developed that will make recruitment a more level playing field. That’s good for everyone – staffing agencies, employer and candidate alike. 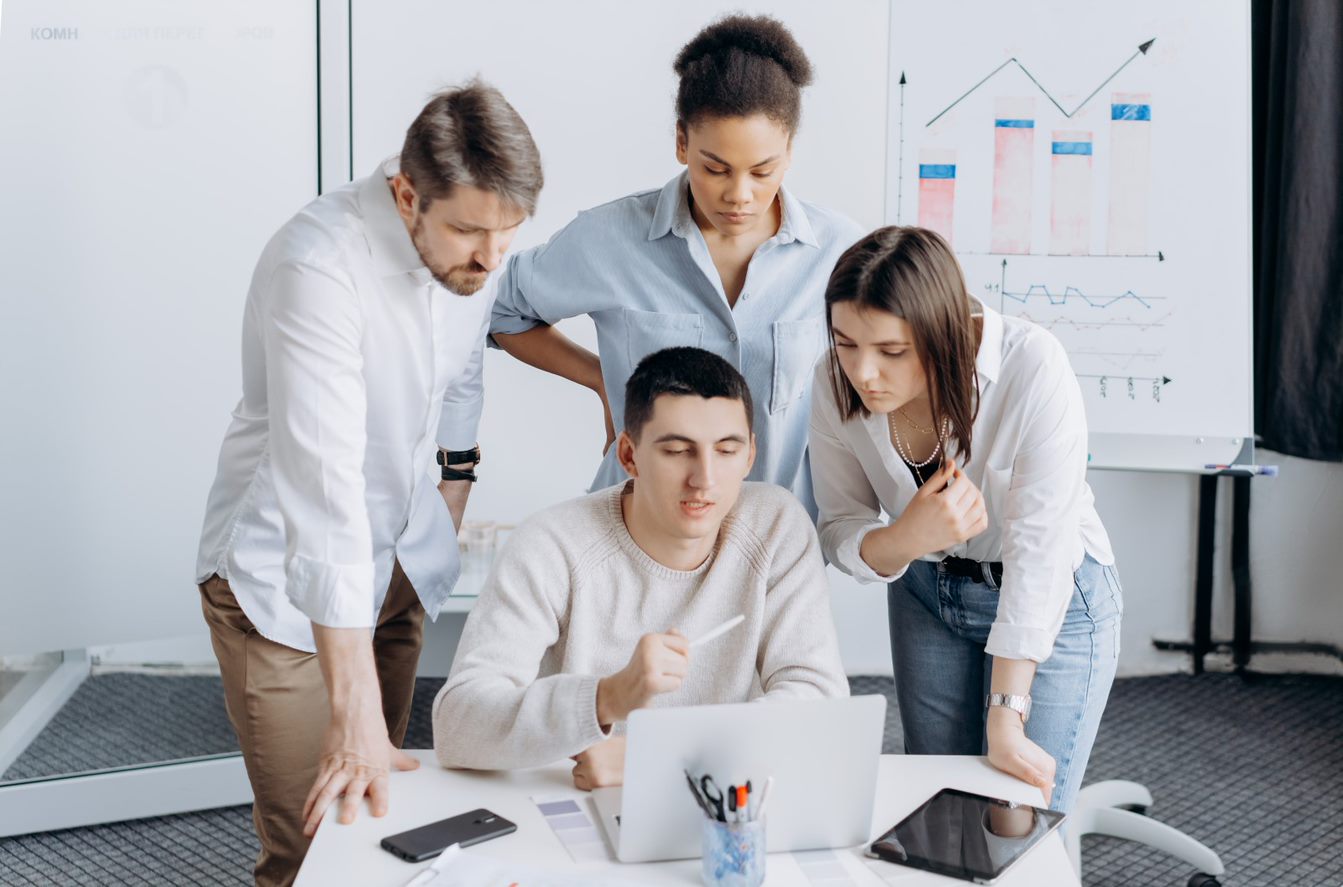 25 Things Every Recruitment Agency Should Automate

There always seems to be too many things to achieve in a day. With automation, recruitment agencies can get more work done, quickly and seamlessly. There are many processes that can be automated by a recruiting firm, from sourcing and engaging with candidates, to interviewing and screening them. Especially as the technology becomes more advanced. 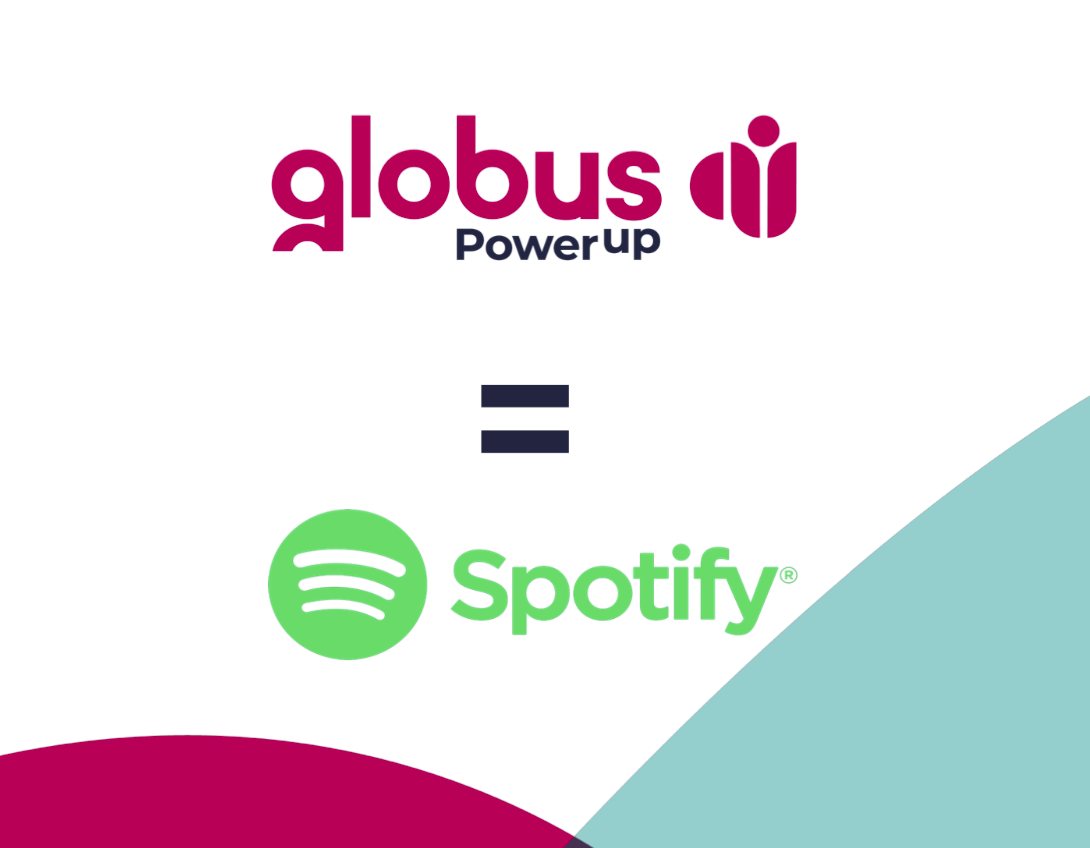 Lessons from Spotify: candidate-driven personalization for recruiters and staffing leaders

Did you know that every time Spotify releases a new personalization campaign, its brand equity skyrockets? People love to have personalized experiences. So why isn’t that happening in recruitment? Candidates want relevant job opportunities. It shows you understand them and stops them wasting time on irrelevant roles. 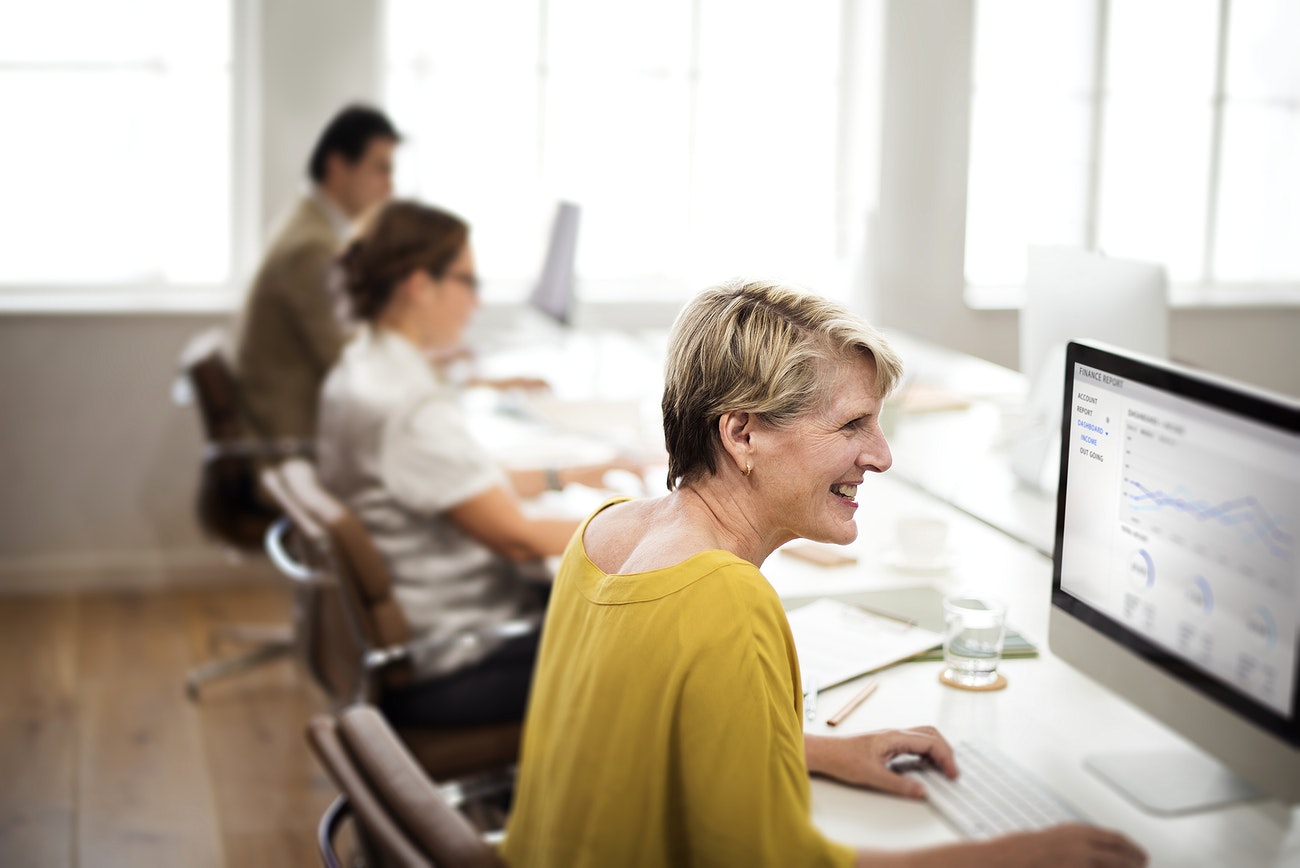 As William Shakespeare never said, ‘To automate, or not to automate. That is the question!’ 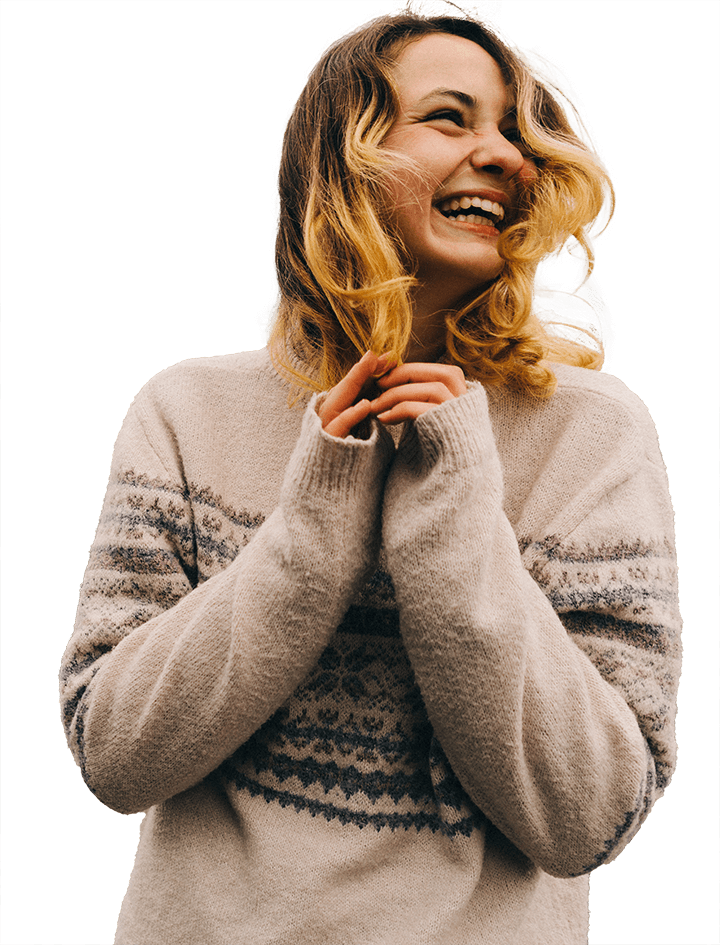 Let us show you
how we solve it!

See how the Globus Platform automates
time-consuming tasks,
collects data in all stages of the staffing process
and helps you to make better decisions over time.

Or click here, if you prefer to meet online for a demo.
See it in action

Request a demo to see how we can automate a part of your business
Book a trial
Features
Who is it for
About us
Resources
Rådhusgata 6,
4306 Sandnes, Norway
Email:
hello@globus.ai
Support:
support@globus.ai
2023 Globus Ai. All right reserved.
Privacy NoticeTerms of ServiceCookie Settings